Through the canal on a bike

I woke up very late today. Did the laundry and cooked something for lunch. I didn't know what to do during the afternoon so I took my flatmate's bike and went to have a walk to my neighborhood.

I wanted to visit a place with some modern buildings I had seen before. When I got there I saw one of the canals the cross the city of London. As I didn't have anything better to do I decided to follow the canal to see where it would took me. 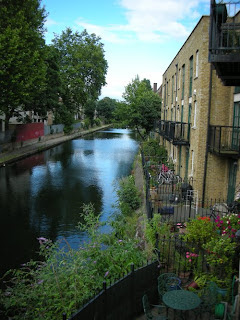 I enjoyed the trip a lot. The canal was very large so I went riding for a long time. I founded a lot of interesting places, so I'm going to look for some other canals to visit next time. 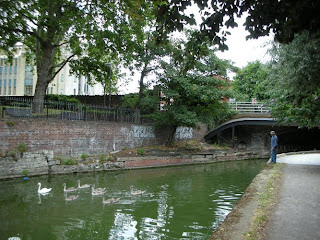 I have also taken some photos of my room here in London. It's not very big but I have everything I need. Less is more. 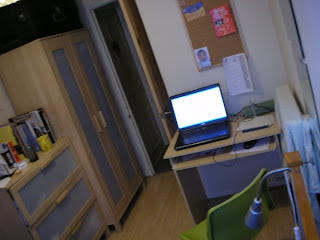 There's still a lot of London I don't know. On Saturday I went to the west part to visit Notting Hill. I had been advised that there wasn't much to see but I was going to visit a friend over there so I took advange of being near the place.

At the very instant I went out of Ladbroke Grove station I started to hear music in the street. A bunch of people was standing down one of the bridges. I got ther and found a chapels choir singing and dancing. A lot of people that were walking through the street joined the dance. Looking at them you couldn't help to follow the rithm when hearing the songs. 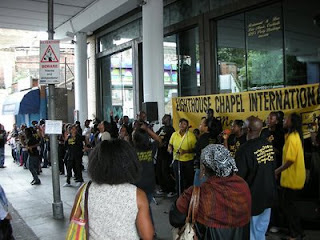 I even thought about going to mass next Sunday... naaah, just kidding. It would be even more difficult now that I'm reading The god delusion. I have not red much jet, but it looks quite interesting.

I left the chorus and cross the road to Portobello market. When I got there the first thing I saw was another bunch of people. They were taking photos to a book shop. Then I realized that it was the one from the film, so, as one more tourist, I took a shot too. 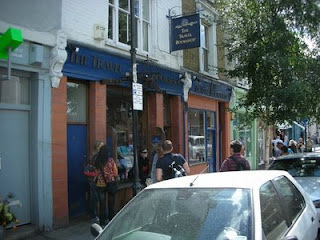 The market was quite crowded but you could walk easily through the stals. I even bought a cheap shoulder bag. 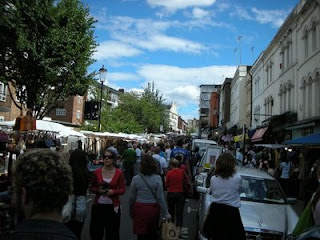 After that I went to meet my friend Cris. A walk near the river, dinner in a pub and then back home. 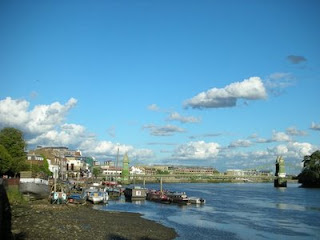